It’s the end of another month and that means its time to let you know what I’ve been reading. I’ve had a pretty good month finishing four books one of which was massive! (I’m looking at you Lady Midnight). Unfortunately I did DNF another book and if you read my last bookish post then you’ll know it was one I was really looking forward to but oh well. In much better news, I reached my updated goodreads goal!!!! (updated because I did originally set it at 40 just so I didn’t panic and get stressed by it) I’ve never read 52 books in a year before and I’m unreasonably happy about it. There’s just a really nice ring to it, 52 books. One book a week. All rounded off and satisfying….. Anyway, on to the books. 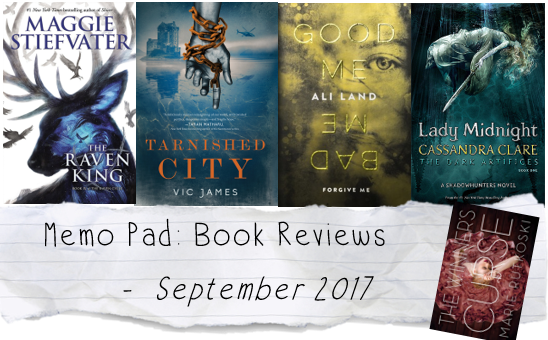 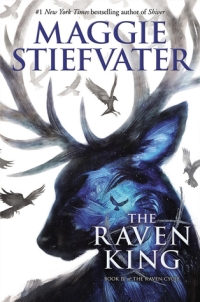 I finally got around to finishing this series. Overall, I loved it but this book was – Disappointing. The reason I fell in love with this series was the friendship between Gansey and Ronan and to an extent Adam and Gansey as well as Ronan and Noah. And, well, I mean there was pretty much none of any of them in this book. I felt like there were other characters added in that just didn’t need to be there and took away from time with the main cast. I also think that the parts that were supposed to hit me in the feels just… Missed. I actually think that’s because we didn’t spend as much time as we should have done with the boys. It was a good book but within the first couple of chapters of the first book I felt the love between the boys and in this book I just didn’t. I’m sad this is how it ended. 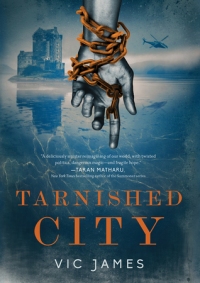 I was so excited for this book as the first book ended just as it was getting really good. If you read that book and had mixed feelings, then I’d definitely give this series another chance because it gets really good. Maybe I’m biased because I liked the first book to begin with but this book amped everything up. The series is set in a modern Britain that has been ruled by a magical upper class since they killed the King a couple hundred years ago. It gives a brilliantly strange mix of period/modern life that I haven’t read before. I read the first one and I really enjoyed it but it ended in a way that made me think the next would be even better and this didn’t disappoint. This book is amazing. We get loads more character development and personally, loads more of my favourite character which is always good! I can’t wait to see what happens next and can’t believe I have to wait to find out. This series always seems to leave me needing more and I’ll be snatching up the next book as soon as I can. 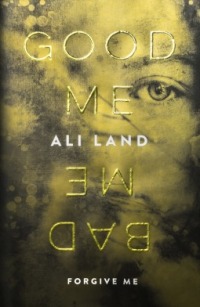 Millie’s mother was a serial killer. She was the one that reported her to the police and got her arrested. This book follows her in the aftermath. Dealing with a childhood of abuse, preparing for her mothers trial and trying to figure out who she is now she’s got a new life and a new name. It’s a chilling look at how she was affected by the way she was raised, her struggles with not turning into her mother and her desperate attempts to fit in at a new school with a new family by manipulating those around her.

It’s written as a stream of consciousness and sometimes her thoughts are quite jumbled. It took a chapter or two to get used to but after that the writing style really adds to the atmosphere and suspense. It drags you into her thoughts and you’re constantly left wondering and worrying about what will happen next. An excellent read and something completely different. 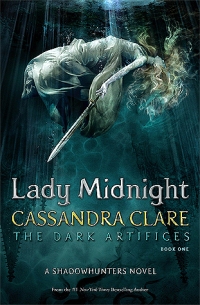 I’m majorly conflicted about this book. First off, I wasn’t really expecting much from this. I haven’t read the original series as I saw the film and didn’t really like the characters. I did absolutely love the world created though so I tried reading Clockwork Angel and again, absolutely loved the world but characters not so much. I think the main problem I had with both series is that a large part of the plot is based around a love triangle and if there’s one thing that will make me throw a book at a wall it’s a love triangle. But I REALLY loved the world so I tried again. I was not really expecting to get that invested but I needed to try and get my shadow hunter fix. Well. I was invested. Like majorly. As in, my heart was aching and my gut was churning with dread because I needed them to be okay kind of invested. So why conflicted? Well, it wasn’t the main characters that made me feel like that. It was the side characters. I actually didn’t like Emma at all and although Julian was more likeable I still hated their relationship/plot so much that I ended up skimming past their parts through the middle of the book and guess what? this book definitely contains love triangles. Honest question: Has Cassandra Clare ever written a book that doesn’t contain a love triangle? But back to the conflicted bit…..how can I end up giving a book four stars if I didn’t like bits so much that I skimmed? Those side characters I mentioned are really great. I definitely need more Ty, Kit, and Kieran. (also big up actually well done autistic rep). And for these reasons I will probably read the next book and live in hope that I will get more of them and less of the love triangle (or well, skim most of it probably and only read their parts).

On a side note: Does anyone else get that absolute feeling of dread when they get a favourite character? Maybe I pick them wrong but things never turn out well for them.

I’ve wanted to read this book for quite a while because I’ve only ever heard great things but…. I just wasn’t feeling it. It felt like really generic girl meets boy fantasy. It was written well and the world sounded interesting but…. Eh. I’m sure it’s a good book I just didn’t feel like continuing with it.

Best book this month was definitely Tarnished City. My feelings about Lady Midnight are still confused. What do you do if you really love some characters in a book series but not the main characters or main plot line? Carry on and read the rest? I have previously googled what happens to my favourite character in a series that I knew I wasn’t going to carry on with…. Okay so I’ve done that twice…. But I actually want to read more on the side characters in this…. If only the sequel wasn’t so expensive. I don’t think I’d have so much trouble skimming if it was cheap. Have you read the sequel, Lord of Shadows, is the love triangle as annoying as I’m expecting? No other spoilers please.

Have you read any of these? What was your favourite book this month?