Another month over and it’s officially winter. I’m just kidding. Kind of. It definitely feels like summer has ended as this week has been raining all the time, I’ve had to wrap up in a hoody and turn my heater on. I want summer back please!

But book wise I’ve had a good month. What with the move at the start of the month (which went well) I got a lot of reading done as all my other things were packed away. I got 4 books read in the first ten days of the month and then I settled in and started writing which meant my reading pace DIED. Just for comparison in the next twenty days I read 2 books.

But I enjoyed those two books and I’m really enjoying writing my #excitingspaceWIP so win win.

As for my book buying ban. After my little slip up last month I can officially say I bought 0 books this month. I did request one off netgalley but I read it straight away (and it was something that I’ve been wanting to read for a few years). So here’s the scores: 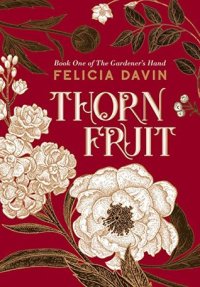 I almost DNF’d this book at the start as the beginning few chapters of this book were very jumpy and felt a bit repetitive as we learnt things from multiple POVs. But I’m so glad I stuck with it as it got so much better.

Alizhan can read minds but she can’t be touched. She works stealing secret as the only one with this gift for the woman who raised her but when she finds out there are others like her she unravels a murderous plot that means she can’t trust anyone. Except the girl from the market she befriended in secret.

First of all I loved the world building. Night and day are physical places, there are glowing medusas in the sea, magic and the characters are from diverse cultures. Ev is badass and armed with a staff, Alizhan is sneaky and a little bit untrained in the way of people as she’s been kept separate by her gifts. It leads to a really great and hilarious relationship as they bicker and get to know each other and react to their situation (and the fact one of them can read the others mind). And it turns into a really lovely and solid partnership as they grow and this book is a great happy and hopeful f/f story. All of the side characters are interesting and fleshed out and the book sets up what I think will be a really great series. 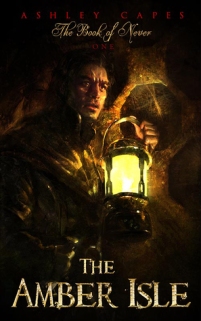 Never, a thief and all-round scoundrel, has stolen a map to a magical isle that he thinks will have the answer to the curse he’s been living with. Cue monstrous mermaids and deadly mazes.

I normally love characters like this which is why I was so excited to pick this novella up. Unfortunately this suffered from the common issue I find in some novellas. Nothing was really developed much and there wasn’t enough time spent on any events or characters, including Never himself, which left me feeling disappointed. I felt like the story only ever skimmed the surface and could have gone much deeper. But maybe I went in expecting too much as this really did sound perfect to me. It was still an exciting adventure with clever traps and a creepy magical feel. It’s also the first in a series so I’m sure things get developed further but I didn’t feel connected to the character enough to want to carry on. 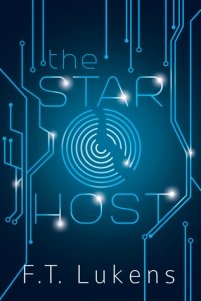 This book felt a bit like a novella to me. Not because of its actual length but because it felt like not enough time was spent on anything which is something I see a lot in novellas. I wish the events and characters had been developed more because this was a fun adventure that mixed Sci fi with magic. It’s about Ren, who lives on a small out of the way planet who gets captured by the tyrant who wants to rule the planet. He gets put in a cell, realises he has magical powers like in the stories his mother told him and falls in love with the guy in the cell beside him and they try to escape off-planet together. Which all sounds awesome? But it ran through everything so quickly I just couldn’t get my teeth into it. It is the start of a series (the final book has just been released) so maybe the others go into things in more depth. The idea of star hosts and the magic systems were really interesting and I would recommend this as a fast, fun YA Sci fi but to me it lacked depth. 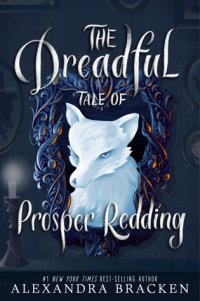 The Dreadful Tale of Prosper Redding by Alexandra Bracken *****

This is a really enjoyable middle grade adventure about Prosper Redding, who lives in a small American town where his family are basically THE history. Everyone in his family is successful at whatever they do except him but its because his family made a deal with a demon and that demon comes back to take revenge and wants to use Prosper as his host. All the characters were fully fleshed out and had their own motivations. I loved Prosper, his relationship with his sister was very real. And there was also a pet demon cat with wings which is always a plus. The setting was really well described and I could totally picture the town in the middle of autumn. It was very witchy and part of it takes part in modern day Salem. I don’t read that many MG books but this was a great book, it wasn’t as whimsical as I feared it might be but it wasn’t heavy either and I’d recommend it for any readers. 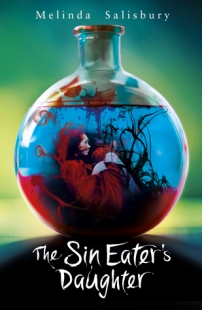 I really enjoyed the first half of this book. The writing is almost lyrical and I loved the mythology parts about the gods of night and day. I’ve seen quite a few reviews complaining about the fact not that much happened which is true but this is one of those fantasy books that you pick up for the court intrigue and myths rather than the action. There really isn’t that much action! It reminded my a bit of The Queen’s Poisoner (Kingfountain) by Jeff Wheeler which I also really enjoyed. My biggest issue with this book (and so many others) is it#s one of those books where romance makes the characters stupid. They fall “in love” and conveniently forget important things or the stakes at play. I mean this could just be the fact that I tend to dislike romance but this is a prime example of why. I really don’t mind it of it’s just a side part but if the world might end and kingdoms could fall then maybe don’t forget about it just because you kissed? Just an idea…. 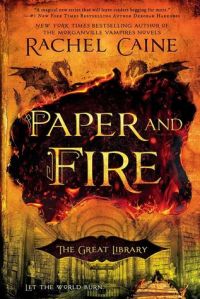 I could be pernickety and give this four stars but honestly I just enjoyed reading this book so much. It’s action packed and exciting the whole way through. This book is about a world where the Great library of Alexandria never burned down and it now rules over everyone. It’s epic and the settings are vivid (I mean Alexandria? There’s pyramids and libraries and robot lion statues to protect the books) and the characters are diverse. Jess is daring and brave and he is a great lead but all the other characters are really good too. And, like I said, the action doesn’t stop. It’s such an enjoyable series. I read the first book two years ago and bought this one straight away and then just….. Never read it. Whoops. I don’t know why because I loved the first book too but I’m such a mood reader. Anyway I’ll definitely be reading the rest of this series and I’m so glad I was finally in the mood to read it because it didn’t disappoint. (I loved the action but honestly I could read about people going about their day in this setting, although huge statues chasing people for stealing books is a big draw).

My favourite read this month was definitely Paper and Fire, it really shouldn’t have taken me so long to get to it. What about you? What’s been the best thing you’ve read this month?  If you’ve read any of these or never heard of them before let me know in the comments.