Top Ten Tuesdays is a book tag hosted over at The Broke and The Bookish. They set a theme every Tuesday for people to answer, their theme this week is Top Ten Books I Hope that Santa Brings but I have just signed up for a 3 month free trial of kindle unlimited and I mean free books! So I’m going to try not to spend money on any books this Christmas (here’s hoping) which means Santa brings me zero this year so here is my adaptation on this topic 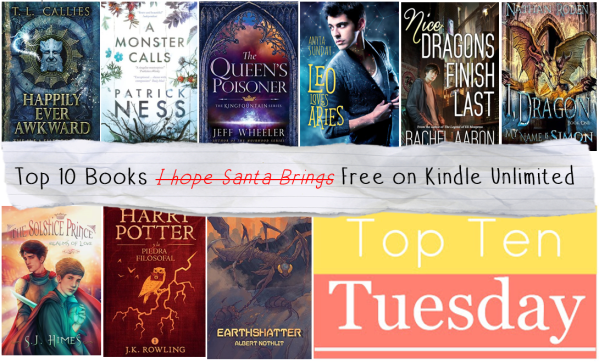 First off about half of these were already on my TBR. (I went through all 280 books and found, I think, 7 on kindle unlimited), the others were books I’d either heard about and thought I’d give a try or came up in my recommended and sounded good. So here they are: 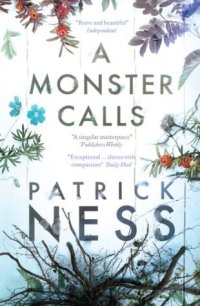 A Monster Calls by Patrick Ness

The monster showed up just after midnight. As they do. But it isn’t the monster Conor’s been expecting. He’s been expecting the one from his nightmare, the one he’s had nearly every night since his mother started her treatments, the one with the darkness and the wind and the screaming… This monster is something different. Something ancient, something wild. And it wants the most dangerous thing of all from Conor. It wants the truth.

I’ve actually already read this. It was the first one i picked up. It’s pretty emotional but a great read. 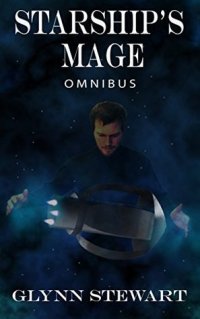 In a galaxy tied together by the magic of the elite Jump Magi, Damien Montgomery is a newly graduated member of their number. With no family or connections to find a ship, he is forced to service on an interstellar freighter known to be hunted by pirates. When he takes drastic action to save the “Blue Jay” from their pursuers, he sets in motion a sequence of events beyond his control – and attracts enemies on both sides of the law!

Okay so I’ve actually already read this book (you can check out my five star review for it on goodreads here, hint: it was amazing!) but the whole series is on kindle unlimited and I’m planning on reading the second and third and…. Okay no, I’ve only got a couple months so I probably won’t be able to finish the whole series in time. 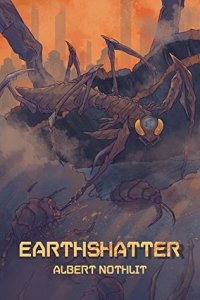 The world is gone. All that’s left are the monsters.
The creatures attacked Haven VII with no warning. An AI named Kyrios, a nearly omnipotent being, should have protected the city during the Night of the Swarm. Except It didn’t. No one knows why It failed, or why It saved eight specific people: the Captain, the Seer, the Sentry, the Messenger, the Engineer, the Alchemist, the Medic, and the Stewardess. They have no idea of the meaning behind the titles they’ve been given, why they were selected and brought together, or what Kyrios expects from them. When they awake from stasis, they find their city in ruins and everyone long dead. They’re alone—or so they think. But then the creatures start pouring out from underground, looking for them. They don’t stand a chance in a fight, and with limited supplies, they can’t run forever. All they know is that the creatures aren’t their only enemies, and there’s only one place they can turn. Kyrios beckons them toward Its Portal, but can It be trusted? In Its isolated shrine in the desert, they might find the answers they need—if they can survive long enough to reach it.

This one has been on my TBR for the longest time so I’m really glad its on kindle unlimited and I might actually get around to reading it because it sounds amazing but seeing as it’s 800 pages, I needed a little kick up the bum to actually read it. 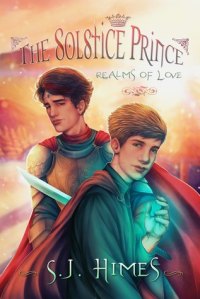 The Solstice Prince by S.J Himes

Rescued from slavers, healer novice Jaime Buchanan finds himself alone and free in Pyrderi, a kingdom of magic, mythical creatures, and a culture as open and kind as his homeland was cruel and close-minded. Despite his rescue, Jaime is not left without scars, both mental and physical. Traumatized by his experience and hiding his gift, Jaime struggles to earn his place in the kitchens of Angharad Palace, the heart of Taliesin City. His former life as a student of the healing arts leaves him at a disadvantage in the kitchens, and his damaged state is becoming more apparent by the day. One day, when necessity and fate intervene, Jaime meets someone unexpected—Prince Maxim, youngest son of the Pyrderian king, a sword master and a devastatingly kind man. Unaccustomed to powerful people with compassion and heart, Jaime flees. A cascade of events reveals Jaime’s hidden talents of healing, and he finds himself not in chains, but at the beginning of a new life.

I only added this one too my TBR recently as I saw someone on goodreads talking about it and then low and behold it’s on kindle unlimited too. I’ll definitely get around to reading this one as its less than 200 pages. 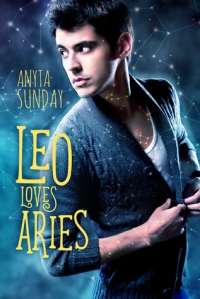 A new person will enter your life in the early year, Leo. Look past any moments of frustration they might bring and laugh—this could be the start of a thriving friendship.

Theo Wallace usually laughs at the horoscopes his mom sends. Still hung up on his ex-girlfriend and practically friendless, this one begs him to reconsider. Because a friendship that stuck, that thrived… Well, that would be a reason to leave past pains behind and look to the Bright Future. When his sister Leone challenges him to find her the perfect date for a spring wedding, Theo uses it as a chance to make new friends. Theo’s ex economics tutor and newest roommate Mr Jamie Cooper seems to be a possible and convenient match. Real convenient. Like written in the stars, convenient.All he has to do is make sure this Jamie is good enough. Could really be the one for her, and the friend for him.

But watch out, Leo, the stars have a surprise in store…

I’m not sure about this one, to be honest the cover puts me off a bit (I don’t like people on covers) but I’ve seen quite a few people mention it on goodreads so thought I would add it. 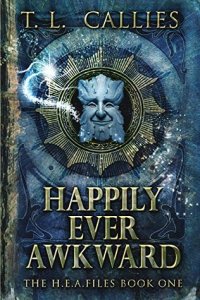 Happily Ever Awkward by T.L Callies

Cursed with insecurity by a passive-aggressive witch, young Prince Paul has never believed he has what it takes to save a princess, not that a princess would ever love someone like him anyway. However, when circumstances force him upon a Quest to rescue the world’s most beautiful princess from the world’s most evil sorcerer, Paul has no choice — he must fight his way through a twisted fantasy realm and all the tangled tropes it can throw at him…or die trying. Joined by a primordial feminist, a swaggering ego-maniac, a singing sword, and a ship with paws, will the timid prince be able to rise above his doubts and fears, rescue the princess, save the world, and ultimately earn the title of Prince Charming?

This sounds adorkable. I never get on very well with whimsical books but I have to try this one because it sounds hilarious. 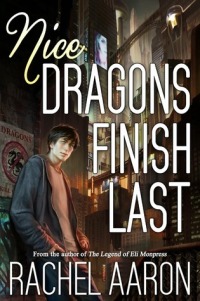 As the smallest dragon in the Heartstriker clan, Julius survives by a simple code: keep quiet, don’t cause trouble, and stay out of the way of bigger dragons. But this meek behavior doesn’t fly in a family of ambitious magical predators, and his mother, Bethesda the Heartstriker, has finally reached the end of her patience. Now, sealed in human form and banished to the DFZ–a vertical metropolis built on the ruins of Old Detroit–Julius has one month to prove that he can be a ruthless dragon or kiss his true shape goodbye forever. But in a city of modern mages and vengeful spirits where dragons are considered monsters to be exterminated, he’s going to need some serious help to survive this test. He only hopes humans are more trustworthy than dragons…

The Legend of Eli Monpress by Rachel Aaron is one of my favourite series ever (go check that out) so when I saw these books by her on kindle unlimited I figured I would add them. Again the whole series is on there and they sound really good. 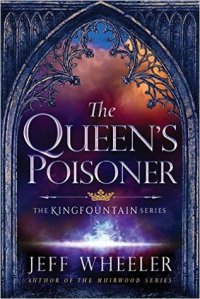 The Queen’s Poisoner by Jeff Wheeler

King Severn Argentine’s fearsome reputation precedes him: usurper of the throne, killer of rightful heirs, ruthless punisher of traitors. Attempting to depose him, the Duke of Kiskaddon gambles…and loses. Now the duke must atone by handing over his young son, Owen, as the king’s hostage. And should his loyalty falter again, the boy will pay with his life. Seeking allies and eluding Severn’s spies, Owen learns to survive in the court of Kingfountain. But when new evidence of his father’s betrayal threatens to seal his fate, Owen must win the vengeful king’s favor by proving his worth—through extraordinary means. And only one person can aid his desperate cause: a mysterious woman, dwelling in secrecy, who truly wields power over life, death, and destiny.

This is another one where the whole series is on kindle unlimited. I’ve started reading it already and it’s really good. 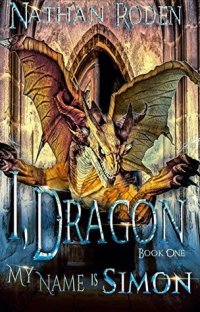 My Name is Simon (I, dragon) by Nathan Roden

A tyrant. A curse. The realm’s true king… isn’t human.

Six-year-old Simon is heir to the Morgenwraithe throne. Or at least he was, until his deranged mother murdered his father and placed an unbelievable curse on the young boy. Trapped inside the body of a dragon, Simon must flee the castle and try to survive in a kingdom where the scaly beasts have been hunted to near extinction. When the boy-turned-dragon learns he can take human form once a month, he begins making allies. As the years go by and a vicious lord takes control of the kingdom, Simon has one chance to break the curse and save the realm… but at what cost?

This is one I just stumbled upon in the kindle unlimited section of Amazon. I’d never heard of it before but,,, dragons. And exiled princes. And magic, so yeah. 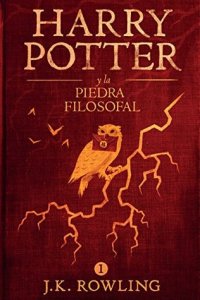 Okay so, I’m a very very novice beginner in Spanish. But I’m trying to learn and I figured seeing as I pretty much know the English version off by heart this might be a good idea considering it’s free (The english and spanish versions of the whole series is on KU). Well, my Spanish definitely isn’t up to scratch but I’m glad I’ve checked it out and when I get better at Spanish I’m definitely going to come back and buy this to help me learn more. (In other news, kindles are great for learning by reading because of the word wise feature. I have a Spanish dictionary on my kindle so all I have to do is click a word and it tells me what it means and it also saves all your clicked on words to flash cards so you can look over them). I think I’ll try some easier Spanish books first though.

Have you ever used kindle unlimited? I honestly don’t think it’s worth the monthly price tag considering out of 280 books on my TBR I’ve only found about ten to read (although to be fair there are 3 on here that are full series) but as a free trial I think it’s awesome. If you have KU, do you have any recommendations for me? And have any of you read any of these books, what did you think? And if not, do any of them sound good to you?

I’ll be going around looking at other TTT posts so if you want you can leave your links in the comments too so that I don’t miss yours.