It’s July! Where is the year going? It seems like only a couple weeks ago that I made my new years goals for the year but here we are six months later. I thought it would be good time check in with them (no point making goals if you forget all about them).

I wanted to write two chapters a month. So far I’ve written two chapters every month apart from April where I wrote one. But that was planned because I went on holiday. This is going well, I was a little apprehensive at the start that doing two chapters a month would be too much but I’m managing well without too much anxiety about it.

I’m enjoying doing this even if no one is reading it haha. Finally getting it written down after so many years of it being in my head. I’m about half way through writing second year.

Finish my original prequel story: Not yet but I only have one chapter left so, very soon. It’s very exciting, I’m writing the last chapter at the moment. That’s 21 chapters since I started it in November. I can’t wait till I finish it but I’m also dreading having to read it haha.

Do a first edit: Need to finish it first!

I have no idea how that happened, the most I’ve ever read in a year before is 46 so that looks like its going to be beaten. I said it would be really cool to read 52 books. One a week. Which is something I’ve never done before and it’s looking like a very good possibility right now.

So this one is a little difficult as my cutting machine stopped cutting through much. (read: Big fat no) I still have my vinyl cards and cross stitches up. And I’ve gotten a new cutter for my birthday a few weeks ago so hopefully I can get back on track with this. Unfortunately it uses a different software and file type so I have to try to convert/redesign everything. It’ll take a while but I’m getting there and figuring it all out. I’m hoping once everything is ready then I will get this one back on track. 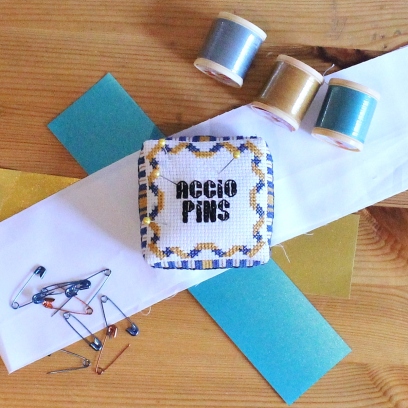 Try to make some small cross stitches as well as big pieces:

This is going well so far. I have two pin cushion up and am just finishing my large Peter pan quote and getting the pattern ready to sell. I’m hoping by the end of the year I’ll have the other two pin cushions and a large Christmas design up as well. Which would be double the designs I managed last year.

Make mum a bag: Check! This went really well, even if I did rush it only a couple weeks before her birthday. 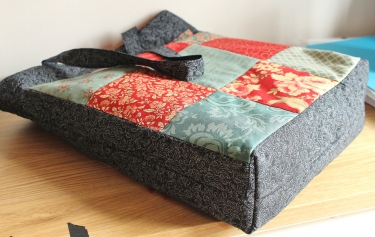 Make dad a scarf:…. Road bump. You can see my post about the difficulties here but I’ve started a new one. I’m about half way through it and liking how it’s turning out.

Make first quilt: I’ve started, I am currently 8 blocks in out of 24 so still a long way to go. I probably won’t be finished the blocks let alone joining it all together by the end of the year but it is happening.

Keep a Spanish diary every day:

On track! (okay so there was that one week in June where I was so ill I just couldn’t do it but other than that…) I’m also thinking about stopping at the end of July (once I’ve finished this notebook) because I’m not really learning much more now that I’ve done six months of what I do everyday (I do a lot of the same things!) I have learnt a lot though and I’m going to carry on doing something Spanish everyday. I think I’m going to do a workbook next that should take me a month or two if I do a page a day and then see what else after.

Find someone to check: Nope. Big fat no.

I think overall I’m doing really well. The cutter breaking wasn’t really my fault and I once I get my new one all figured out I’ll push ahead with that one. The quilt is unfortunate, I could get it done by the end of the year but I’d probably have to do nothing else which isn’t going to happy. We’ll just see how far I get with it anyway. I haven’t given up on any of my goals even if they are changing a little.

How about you? What goals did you set and how are you doing with them? Did you set yourself a reading challenge? What crafts are you up to this year? Can you believe we are halfway through the year already?