Last Sal I showed you my finished piece but I’ve got it in a frame now (I did it myself so its not very brilliantly done) and I thought I’d show you it again! If the frame looks familiar it’s because I’ve only got one and they each take their turn in it for a photo before being relegated to a draw somewhere. 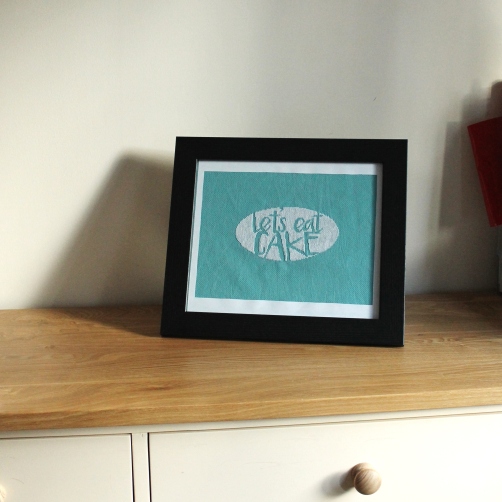 On to some actual stitching. I’ve started my new harry potter, Slytherin themed pin cushion that I was talking about last time. Here’s how far I’ve gotten: 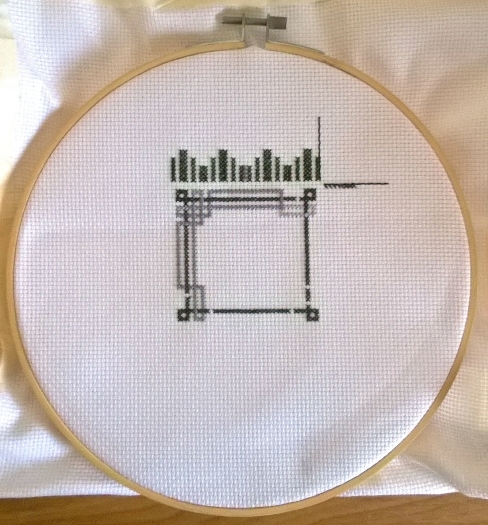 It doesn’t look like much but I have a feeling this is going to go quite quickly, or at least the cross stitching will. The backstitching and the joining might take me a while. Luckily I had all the supplies and the right coloured thread in my collection so I could start out right away and not have to spend anymore money.

These are all the other lovely stitchers talking part in the SAL. You should take a browse of their blogs to see what projects they’re doing and a special hello to our new member.

I’m really not sure how much cross stitching I’m going to be doing this month as there are other things I’m concentrating on. I’m using national novel writing month as an excuse to start writing some short stories down, and obviously with Christmas coming I’m trying to get some presents done and wrapped and then there’s cards to make and… Well. I’m just saying the next update probably won’t be much further than this.

I do hope that I’ll manage to make an old cross stitch into a cushion by then though so I might have that to show you. A question. I seem to have a lot of questions lately. When turning a cross stitch into a cushion do I need to put something against the back of the stitching to protect it from the cushion filling being pulled in and out? A layer of fabric? Some fusible thing or other?